My latest vlog is up! Peak week for the Natural Universe!
Posted by Julia HUbbard at 13:37 No comments:

Full day of my food on my vegan  figure competition prep!
Posted by Julia HUbbard at 06:56 No comments:

Posted by Julia HUbbard at 23:14 No comments: 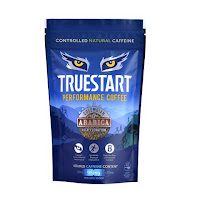 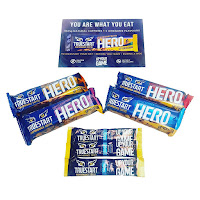 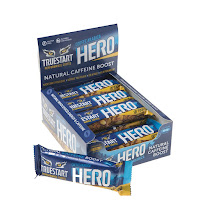 Not sure what flavour to try? Check out their sample box with all the flavours and some coffee sachets too!!!!
Posted by Julia HUbbard at 16:22 No comments:

This is something ive wanted to write about for a long time- something ive thought about since I went vegetarian 25 years ago... one of the main reasons I thought about giving up eating meat.
Just this one question....
Why is it ok to eat one animal and pet another animal?
Seriously - I don't get how people rationalise this.....
The only answer I can think of is PERCEPTION
Let me explain
I used to have pet Guinea pigs. I remember reading that in other countries-  some people ate guinea pigs and I was appalled- I had pet guinea pigs, they were so cute, fluffy and full of personality... how could someone eat them????
I thought about it a lot and the only thing I could think of is that whatever country and culture we are born into, we adopt whatever is the 'norm' which can vary a lot! I actually think its a form of brainwashing - from birth we are told what is 'acceptable' by our parents, teachers, childrens books and society as a whole- what animals we eat, what animals we keep as pets and what are wild animals- categorised as wild / zoo, working animals (horses, circus etc) pets and 'farm animals'. But this breaks down when the world got smaller and we heard about dogs being eaten in China and were appalled, Horse meat was found in meat products labelled beef- the horror. BUT in other countries / cultures, these are the their norms-they don't see anything wrong in their choice as most people in the uk don't question our norms, they have been told from birth that its ok, like we are told whats ok, so who is right?

It has always seemed bizarre to me that someone can pick what animal to be kind to and what to pay someone to kill and chop up for us to eat- I just cant get my head around it.

It is hypocritical to me for people to be outraged by the widely publicised killing of a Lion killed by hunters, foxes killed on hunts, but turn a blind eye to the killing of animals bred into an existence where they will be killed without living any real life- years before their true life span and mostly never seeing a real habitat- just the inside of a factory, a lorry and a slaughterhouse.

In the UK I think rabbits are one of the few animals that cross the line of pet to meat - and that again depends largely on where someone lives, as to which is deemed acceptable.

So if you can tell me a genuine argument as to why we should be selective- tell me as I cant see it. To Me: Its either ok to eat every animal- or none- there no in between. And if you think there is- I think you just still believe the brainwashing since birth ... just think about it for a moment....

Posted by Julia HUbbard at 18:08 No comments: